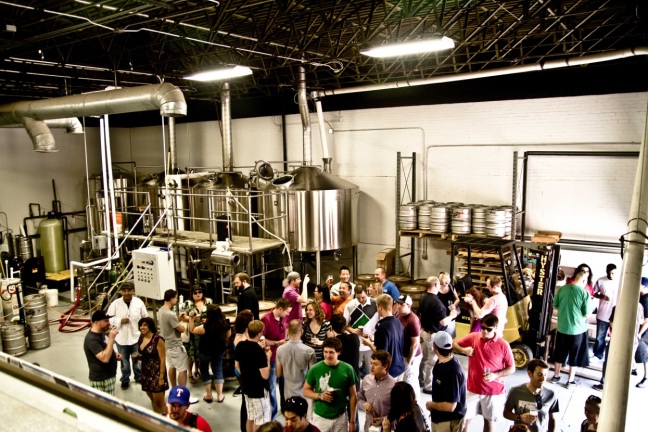 Georgia craft beer breweries and distilleries have reportedly reached an agreement with the state’s wholesalers in an attempt to avoid further battles over how these small businesses operate.

How did we get here?  Last year, Georgia legislators passed laws to allow customers to purchase a brewery tour and receive “free” beer at the end of tour. Under that law, breweries would offer different tours at varying price points depending on the style and price of the beer offered.  Two months later, the Department of Revenue responded with new rules, forbidding breweries from changing the price of the tours based on the type of beer offered. Local breweries were furious, accusing the Department of Revenue for giving in to the demands of the wholesalers. Since then, the brewers and distillers combined forces and been demanding sweeping changes to Georgia’s alcohol laws.

What are the terms of the truce? According to the deal, the Georgia Department of Revenue will issue new rules:

Members of the Georgia Brewers Guild don’t see this as a “win” for breweries right now, but others hope that it’s a tiny step in the right direction.

*Tip of the hat to GA Beer Laws; Atlanta Journal-Constitution

How many people in your household are home-brewing beer?   If it’s more than one, and if you live in Colorado, you may be in violation of Colorado state law.

While home-brewing has been legal in Colorado for decades, there is a funny interpretation of the state law that could mean only one person per household may home-brew beer or home-ferment wine. Colorado state law (C.R.S. 12-47-106) allows tax-free home-brewing of beer only by a “head of a family” and it has to be made “for family use.”

The problem is the law does not define what a “head of a family” means, so for now, the likely legal interpretation limits this to only one individual.

A bipartisan bill seeks to clarify this issue, and would update the current law to state that an “adult” may home-brew beer, and to expand the practice from “family use” to “personal use.” With that, homebrewing spouses, partners, roommates, and families may be able to breathe a little extra sigh of relief – until then, the real battle may be determining who is the “head” of the family.

Charlotte, NC startup BREWPUBLIK – which has been described as the “NetFlix of Beer” – has been accepted to participate in 500 Startups, a global venture capital seed fund and started accelerator based in Silicon Valley.

Brewpublik delivers craft beer to their subscribers’ front door each month, using an online algorithm to determine their individual tastes and preferences. They just celebrated the company’s 1-year anniversary, and have enjoyed business growth by more than 20 percent month-over-month. Monthly members currently exceed 1,000 in Charlotte and Raleigh.

Charlotte news outlet FOX 46 interviewed Olde Mecklenburg Brewery‘s sales director about their decision to back out of the Triad market due to the NC law capping craft beer production at 25,000 barrels per year.  Click here for the video.

Opponents of the current law claim that the annual 25,000 barrel limit abruptly cuts off small breweries’ abilities to grow, and does little to incentivize their investment in delivery trucks, kegs, and new employees. Once a brewery hits the cap, they are required to hand over distribution for ALL of their beer to a third-party distributor, thus third party would gain control over all sales, delivery, distribution and quality control during transportation (everything that matters to the Brewery), resulting in a loss about 30% of the brewery’s revenue and margin to the distributor.

Many breweries would prefer to engage a third-party distributor as their own business decision, and not be forced to comply with an arbitrary rule. While North Carolina is often cited to have the most “beer-friendly” laws in the Southeastern USA, there is still room for improvement. South Carolina limits breweries to selling 48 ounces of beer to consumers in a 24-hour period, while Georgia breweries have been fighting for over a decade for the mere ability to sell growlers.

The craft beer scene has exploded in cities like Asheville, Charlotte and Raleigh, creating jobs and adding to the tourism industry.  Local consumers and beer fans alike could help to further convince legislators to update the law to meet today’s practical considerations.

Real estate firm Colliers International compared the growth of craft breweries in 29 markets and found that Charlotte, NC is among the industry’s fastest-growing areas in the country.

Several of Charlotte’s breweries can be found in the South End and NoDa neighborhoods, which offer older industrial buildings and warehouses capable of housing large brewing operations. 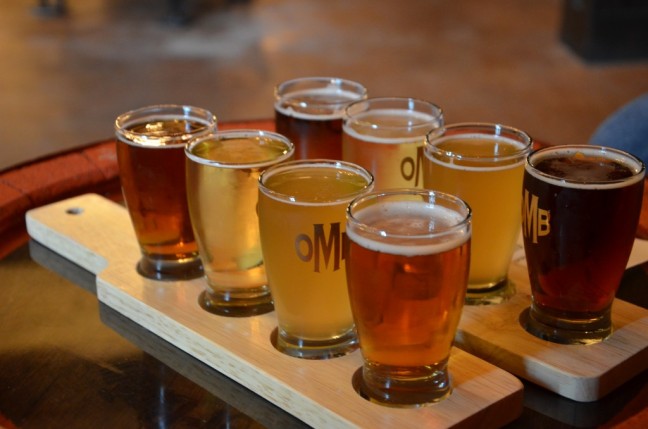 Charlotte’s largest craft beer maker, Olde Mecklenburg Brewery, pulled out of its $130,000 investment in Greensboro, NC only one year after expanding into the Triad market.

OMB cites the reason for the retreat is North Carolina’s barrel cap on craft beer breweries: Once a brewery makes 25,000 barrels of beer in a year, it must turn over distribution to a third party.  The brewery is opposed to the NC law, and has committed to staying under the 24,999 annual barrel limit, even though its brewery could potentially produce 100,000 barrels per year.

OMB’s founder stated they would preemptively pull out of Greensboro in order to avoid underserving its home market of Charlotte. “Every drop counts. It’s one of those laws of unintended consequences,” he adds. “It takes OMB from something that is growing every year as an employment and tax creator and puts us in a holding pattern.”

Demand for OMB’s beers continues to grow, but the current production cap limits the brewery’s ability to release additional varieties and seasonal brews.

Additional details on current opposition to NC’s production limit can be found at CharlotteBeer.com.

Beer bikes are popular in several cities, as a riding tour with up to 15 people pedaling together on a single vehicle. Some municipalities permit riders to drink while they ride, while other cities only let riders pedal their way to different breweries to go have their beer tastings inside.

Link to Opinion piece in the Atlanta Journal-Constitution by Kyle Wingfield from January 2, 2016:

Not only does 2016 mark the beginning of this blog, it is also the 500th anniversary of the Reinheitsgebot, the German beer purity order adopted in Bavaria in 1516. According to the Reinheitsgebot, if a beverage is to be considered as “beer,”  it can only contain 3 ingredients: water, barley and hops. Thereafter, yeast has also been considered an acceptable ingredient.

Whether one chooses to closely follow the Reinheitsgebot, like Charlotte’s own German-style Olde Mecklenburg Brewery, or to boldly experiment with fruit, coffee, or spices to create a uniquely American craft beer, today’s breweries have much more on their minds than a half-century-old Bavarian purity law: State and Federal Regulations, Supply and Distribution Agreements, Trademarks, Employment Matters, to name a few.

Legal Draughts is a place to share conversations, thoughts, and musings about craft beer, the business of brews, and the law.  Welcome and Prost!

*disclaimer: This blog is provided for informational purposes only and none of the information provided should be considered to be legal advice.

Attorney at Law (NC, SC) and partner at BridgehouseLaw LLP, focusing on legal needs of businesses: Labor & Employment, Contracts, Corporate Formations, and Litigation defense. I am a North Carolina native, Wake Forest alumna, fluent in German, and a craft beer enthusiast & supporter of local breweries. Obligatory Disclaimer: This is a personal web blog. Opinions are mine alone, not those of my employer. Any postings are for educational purposes only as well as to give readers general information and a general understanding of the law, not specific legal advice. By using this site you understand that there is no attorney client relationship between you and the site's publisher. The website should not be used as a substitute for competent legal advice from a licensed professional attorney in your state. BridgehouseLaw LLP 112 South Tryon Street, Suite 1100 Charlotte, North Carolina 28284 Tel. (980) 219-5200